Long before he won a Nobel Prize, the physicist Richard Feynman became known among his peers for his ability to solve difficult calculus problems that were beyond everyone else. He explained later that he wasn’t doing anything particularly clever.

In high school, he read an uncommon calculus textbook and taught himself a lesser-known approach to integration. Later on, when his colleagues ran into integration problems that were intractable despite their best efforts, they would pass them along to Feynman to solve. He wrote in his memoir, Surely You’re Joking, Mr. Feynman, “I got a great reputation for doing integrals, only because my box of tools was different from everybody else’s, and they had tried all their tools on it before giving the problem to me.”

If you’re looking for problems in other fields with high impact, the modern healthcare system offers plenty at every level. Many are seemingly intractable, carry tremendous costs, and have serious consequences for patients. While Feynman’s calculus techniques aren’t directly applicable, the universal truth about problem solving still applies: the best way forward when current methods are ineffective is a change of approach.

One example of those persistent issues involves communication between healthcare providers. In 2010, The Joint Commission traced the majority of serious medical errors back to poor communication during the patient hand-offs that occur when shifts change or patients are moved. In a hand-off, the original provider has to give the new provider a brain dump, consisting of the most relevant status for each patient, what to look out for, and near-term working plans. The electronic medical record (EMR) itself typically isn’t used to convey this information — it lacks the summary of near-term plans as it evolves, and makes it easy to miss the most immediately relevant information by burying it among voluminous historical documentation used for billing. Additionally, the size of the permanent medical record makes it impractical to read through for every patient at the start of each shift. As a result, in most hospitals hand-offs occur with a combination of verbal summaries from memory and written notes compiled at the end of a shift.

Approaches like these have been used for decades, and despite attempts at process improvements, missed information during hand-offs remains a leading source of errors. Healthcare IT also hasn’t provided a coordinated response to this problem, with most EMRs simply not attempting to tackle hand-offs, and the few systems that do advertise hand-off support often experiencing low adoption rates for the feature due to usability concerns. If a tool like this isn’t adopted, it may as well not have existed in the first place. There are many reasons for the usability problems, but a big one that’s often overlooked has to do with an EMR-centric approach to solving problems.

In healthcare IT, the central organizing metaphor is the traditional medical record, the folder full of paper documents that details the history of each patient’s care. Until recently, hospitals and medical offices kept—and many still keep—rows of metal filing cabinets in their basements containing the records for thousands of patients. The EMR was conceived as an electronic replica of these paper records, one that applies database technology to make filing and retrieval more efficient.

On that front, the EMR succeeds admirably. But when all you have is an EMR, everything else looks like a medical records problem. So to the extent that healthcare IT has made the EMR its centerpiece, the remaining problem — the ones that don’t correspond well to the medical record model, and remain perennially unsolved — are perceived as niche, hard-to-categorize issues where technology either wouldn’t help, or would require ad-hoc custom solutions of unknown complexity and risk. Given that many hospitals are focused on implementing EMRs to achieve Meaningful Use guidelines, these projects may not be attempted at all.

Over almost two decades of work in healthcare IT, I designed and built those kinds of custom solutions outside the EMR — dozens of clinical tools that integrated with each other and with existing vendors’ systems, filling serious gaps that the vendors couldn’t address for whatever reason. I was never short of projects to choose from, because in every corner of the hospital, there were processes and procedures that a small, carefully selected piece of modern information technology could improve immensely.

One of my projects specifically addressed the hand-off problem for students in Brown Medical School’s residency program, and has now been in active use for about 10 years. It succeeded by taking a step away from a conventional EMR-based workflow, which would have involved opening detailed medical records individually, and instead basing its design on the multi-patient worksheets that residents used when writing their patient summaries at the end of a shift. It combined the best attributes of those paper worksheets — quick access, simple single-page design, and information at a glance — with accurate, pre-filled information made possible by modern web app development tools and integration with the hospital’s clinical IT systems, eliminating a significant source of error and wasted time. Previously, residents had been looking up their patients one by one in the EMR at the end of each shift and copying out the relevant labs and meds by hand, a tedious and error-prone process that the new resident signout system addressed automatically.

The system was first deployed to the residency programs of two academic hospitals, and was flexible enough to grow to include fellows, attending physicians, nursing staff, and the clinical staff of a non-academic hospital, logging more than a million hours of active use.

While that project benefited from the ability to adopt the modern web app development tools that were maturing at the time, another shift is now underway, with mobile devices becoming pervasive. Mobile devices have proven themselves handily for communication outside the healthcare space, and healthcare IT is now expected to extend their uses to securely communicating patient information. Yet the legacy platforms used by many IT vendors are poorly suited to programming mobile applications, and as a result, many EMRs have severely limited functionality on mobile devices. Many iPad deployments boast EMR integration but only offer access via programs like Citrix, a way to remotely control existing mouse-based desktop software running on a remote server that comes at a huge cost in network bandwidth, responsiveness, and user efficiency. On a smartphone or tablet, a typical side effect is that the user has to keep zooming in and out to view information.

Besides mobile, another maturing technology that’s underutilized in healthcare IT’s toolbox involves real-time updates and communication, an idea that (not coincidentally) also maps poorly into a medical-records mindset. Combining both mobile devices and real-time communication enables new solutions that were difficult to conceive of only a few years ago. In terms of the hand-off problem, it allows providers to update notes and collaborate on task lists throughout the day as they work, instead of relying on memory and copying handwritten notes, and to see a map of a patient’s care team as it exists in real time.

Care Thread was born out of each of the founders’ experiences with challenges in different parts of the healthcare system. Our technology is based on a new core platform for real-time communication and collaboration, designed from the ground up to route updated information seamlessly across mobile apps and web clients, as a complementary asset to the EMR. The tasks which EMRs were traditionally the least adept are ones for which Care Thread’s box of tools is designed to excel at managing. As hospital safety and productivity become constrained less by basic information retrieval and more by collaboration and workflow issues, Care Thread’s tools become increasingly necessary. Like Feynman’s integration method, we aim to use them to solve the most difficult problems. 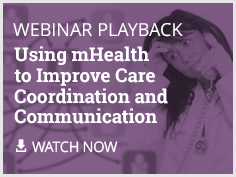 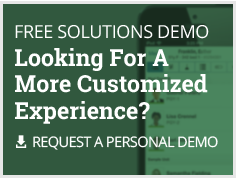 Looking for A Personalized Experience?

Let us create a FREE Personalized Demo to show you specifically how Care Thread can enhance your patient experience and improve your care team communication.